Mystery of the Tarot 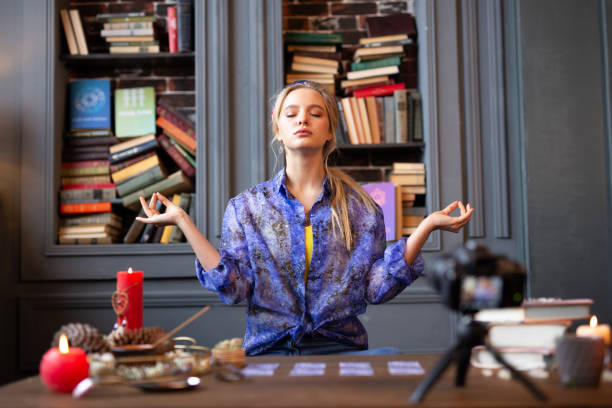 Tarot is a card oracle. A deck consists of 78 cards. 22 belong to the major arcana (Latin: secret), 56 form the minor arcana. The beginnings of the Tarot itself are obscure. Connections with the K’abbalah, the medieval Jewish mysticism, are suspected, but relationships with the ancient Egyptian priestly caste are also handed down.

The Minor Arcana has four sets of 14 cards each: Wands, Swords, Cups, and Coins. They go back to clubs, spades, diamonds and hearts. The series begin with the ace (equals one), continue from two to ten through to the jack (princess), knight (prince), queen and king (knight).

The Major Arcana consists of picture cards: From the Fool to the Mage, the High Priest and the Hanged Man to Death and the Universe.

Tarots come in countless versions. The most common are the Rider Waite tarot and the metaphysical the Crowley Tarot. The Raider Waite Tarot goes back to the Englishman Arthur Edward Waite (1857 to 1942), the lodge master of an esoteric order. The tarot cards, published in 1908, were illustrated by Pamela Colman Smith.

How does tarot work?

An entry is the laying method “The Next Step”. Before reading the card, you imagine a certain situation to which you want an answer. Then you shuffle the 78 tarot cards and spread them out in front of you. With your left hand you draw four cards and place them face down on top of each other. Finally, the cards are turned face up and arranged in a cross shape: the first card on the left, the second card on the right, the third card on top, and the fourth card on the bottom.

The first card shows the current situation, the second what is unimportant now, the third what should be considered now and the fourth what comes next.

The meaning of the cards can be looked up in the number symbols. “Four coins” on the one (= starting position) means something like “you’re going in circles” or “you’re clinging to the current situation”. The “death” on two (=unimportant) advises “thinking about a breakup” or “waiting for things to come to an end”. The “fool” on the three (=important) recommends “just try it” and “break new ground”. The “king of coins” on the four (=next step) leads “into a fertile phase”.

The interpretations are sometimes reminiscent of horoscopes that are formulated in such a way that nothing and everything is correct. And what is the use of the best oracle if, like the Persian king Daraios III, you do it misinterprets. He had been prophesied that he would destroy a great empire. The only bad thing was that it was his own…