How to Register for Green Card Lottery? 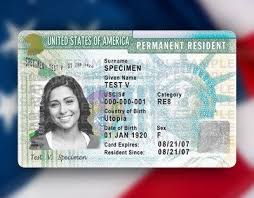 Be careful of all the sites that charge you, registration is free! The sites that charge (agencies) can in no way give you more chances to win since it is a draw. Especially since the registration will also be done on the official site, it’s just that you pay someone to fill in the boxes for you. Paying someone does not guarantee that no mistake will be made, but it does guarantee to send your personal information to a third party and this is how identity theft happens. Honestly, going to pay for someone to write your first and last name in a box and send you an email on the day of the result is to be afraid of nothing and have a lot of money to throw away. In truth, even I who follow a lazy premiere I fill out my form myself.

Registration is really fast, you are asked for your basic information: name, first name, birth, nationality, your highest level of studies, and that’s more or less all (sorry I no longer have the form in mind). The only real headache comes when uploading the photo. It must be a photo to American standards, that is to say, a 5 × 5 photo. The easiest way to be sure not to do anything stupid is to do it with a photographer. Otherwise, a photo at home and a little Photoshop for cropping goes very well. Especially since there is a tool to verify that the photo is correct. A lot of people were eliminated without knowing it because of the photo. I’m sure I have been myself, so be careful about this.

Registrations last 1 month, generally from early-mid October to early-mid November. It is stated that you should not register for the first few days or the last.

Normally the results are given at the beginning of May during the week. But this year the times are not normal.

As for the registration the results can found on the official website. No, no mail will send, whether you are a winner or a loser. It’s up to you to take the step and go and check. The results fall at 6 p.m. Sometimes I managed to get access to the results page at 6 p.m., sometimes I failed.

In itself, it does not change anything that we look at D-Day at 6 p.m. or 4 days later, but there’s something called impatience that makes you want to refresh the page as soon as the clock goes from 5:59 p.m. to 6 p.m. And there’s another thing called hope that makes you go back to the site a week later, you never know if the result had changed in the meantime. It sometimes happens that there is a second draw during September, but personally, in 8 years I have never experienced that.

If you won you will come across a page with your name, your confirmation number, and a text congratulating you. If you lose you will be entitled to a magnificent HAS NOT BEEN SELECTED in capitals and in bold to make it clear that you have lost.

What are the odds of winning?

The chances are low, very low. However, it is not impossible, proof of this is I know 3 people who won.

Each continent allocated several Green Cards according to “needs”. The number varies each year. For example, in 2017 there were just under 27,000 participants for 549 Green Card. I use the term Green Card and not winners because they are two different things. Being a winner doesn’t mean getting the Green Card, which is why there are always more winners than people who end up with the precious sesame.

The chances are therefore more than minimal. We often say that we have more chances of winning the Lotto than the lottery. Personally, I did both, I never won either ……!

What happens if we are a winner?

First, you will have to fill the form DS-260 which costs $ 330. You will also have a case number and this will determine your order of passage for interviews at the embassy. In the meantime you have to pass the medical examination; the results will seal and you will only know them when you arrive in the USA. Interviews at the Embassy take place between October and September of the following year.

Once your appointment is made, you have 6 months to go to the USA and have your Green Card validated when entering the territory. It does not mean that you have to settle in at this time; you can very well go for a week’s vacation just as you can stop. All it takes is to go through immigration. It is from this buffer that you will have 6 months to go and settle down for good. You need to renew 2 Year Green Card before the expiration of your current Green Card.