How to Create an Amazing Mobile App for Kids in 2020? 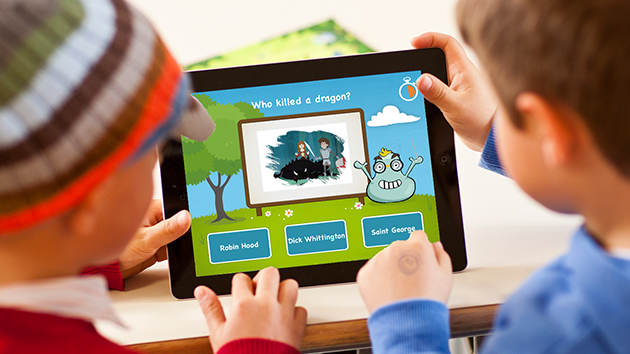 The main ingredient of good UX is an intuitive digital environment, which, in the words of designer Steve Krug, should not make the user think. The same principle applies to digital product development for children, and here’s why.

First, children are a completely different audience, so a radically different approach is needed, both in terms of graphic design and UI development. Children are extremely sensitive and receptive to everything they encounter in everyday life, and you need to understand how thin the line is between reality and digital objects in the children’s world.

For this reason, the content offered to the audience should be of appropriate quality, namely: positive, funny, and informative. However, all these nuances should not negatively affect the interaction experience in any way. And if in the case of an adult audience some of the principles of usability (for example, in order to improve SEO and simplify codes) can be neglected, then here the developer cannot afford such a luxury, because Children are impatient and if they don’t like the app they will never open it again.

It is not easy to satisfy the constantly changing desires and needs of this target group, but there is nothing to be done, we are doomed to accept this challenge because today tablets and smartphones are firmly at the top of the wish lists of children of any age.

This post is mostly about younger children (under 7), as the difference between them and adults is most noticeable – hence the differences in terms of UX.

But developers who, despite all the difficulties, are ready for this challenge are more likely to find a super successful commercial idea that is fun, original, and at the same time profitable.

Throughout the entire workflow, it is imperative that the end-user of the product be kept in sight. Imagine how people will interact with a particular feature. Ideally, you will need to test your development with specific users, so you can rely on a more reliable data source rather than just your own imagination. Children are the best judges of your idea, with their open-mindedness and ruthless candor.

Generally speaking, you need to create something interesting and highly interactive. Children expect something to happen when they click on the visual. And if nothing happens, they press again and again, if they continue without changes, they hit the screen with their hand, foot and toy. To avoid this kind of treatment, you can add more sounds and animation effects. Unlike us adults, children are not only tolerant but even like loud sounds and funny graphics in the application. An important point: the motor skills of your users may not yet be sufficiently developed, so it would be appropriate to slightly exaggerate the graphics and thereby increase the level of ergonomics and convenience of young users.

One of the things that make it easier to develop apps for kids is that they interact with their gadgets on an intuitive level.

Think about how they handle tablets. Clicking on the screen is the most intuitive and natural gesture of interaction that a child uses. The click has gone its way of evolutionary development, starting from the moment when the child first points to something with his finger (the primary way of interaction that children use to explain what they want). But even a child’s fingertip is different from an adult’s; the child prefers to press and hold the button – not to release it immediately.

Another noteworthy nuance is swipe (or swipe gesture) when the user swipes the screen. Adults see this as a way to turn a page in an application, from the point of view of a child, the purpose of such a gesture is somewhat different: in this way, he tries to move elements on the screen as if they were physical objects.

Children love to play together, so applications for children should have a multi-touch function that provides a high level of interactivity of the interface, which will undoubtedly please the target audience.

It is worth remembering that for greater convenience, the child holds the device differently than an adult, due to the fact that his hands are smaller. And in this situation, the accelerometer, for example, does not seem like a suitable interactive method. Tilting and turning the device in children’s hands is fraught with utterances and falls, so interactions can only be limited to gestures.

Developing good navigation for a kid’s app is not an easy task. Children try to touch everything they see, as a result, they go to other pages and, getting lost in the jungle of the software interface, simply close the application in panic.

More images, less text – the appropriateness of this proportion is due to the fact that the audience for which the application is designed, most likely, has not yet learned to read. It is more expedient to use icons and images or designs from logo design services familiar to children, for example, popular cartoon characters. Add animation effects to them for fun and easy navigation.

All parents want their children to start learning as early as possible, but not many people know how open children are to new experiences. They are little explorers, soaking up everything at a hurricane rate. Digital media offers almost endless possibilities to satisfy this cognitive desire – through fun games and other fun applications. But kids quickly get bored with games, and when that happens, they close the app and move on to something new. It is difficult to get children interested, it is even more difficult to ensure that their interest in the application does not wane.

According to a well-known proverb, repetition is the best technique for learning something. Children, especially at a younger age, are prone to frequent repetitions of the actions they like: they can watch the same video several times, listen to a song – until the frequency of the repetitions of the melody causes an allergic reaction in their parents.

In the process of working on the application, it is necessary to take into account this cognitive feature of children and find an easy way to repeat certain actions. Whether it’s the ability to re-press a button or play a video.

All of the above will certainly help to develop an application that would be interesting for children, but the application must still be approved by parents. You will have to do without little tricks that developers often resort to: purchases from within the application interface, banner ads, etc. Unfortunately, such a phenomenon as banner blindness is not so characteristic of children’s consciousness. They are curious to know what will happen after clicking on the banner that takes away from the application, and sometimes forever.

As for domestic purchases, parents view them as a potential loss of money, fearing that the child will use a bank card without their knowledge. Here is one possible solution. For security reasons, the application may require you to enter an answer to a question or a password with each purchase, thus protecting against unintentional spending.

Back to top
Go to mobile version