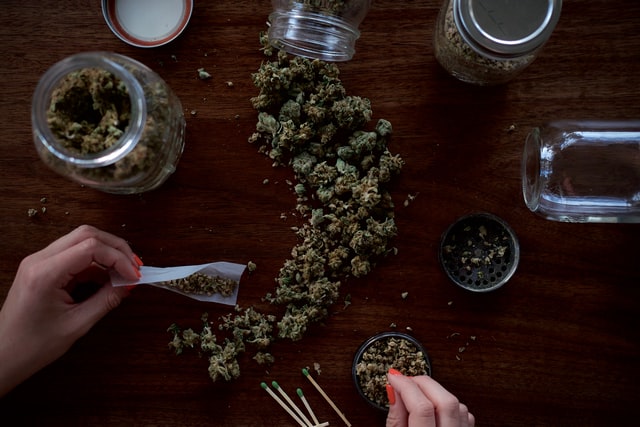 Statistics state that half of the US population (over 128 million people) have tried marijuana even though it’s illegal under federal law. Each year, the number of individuals arrested for possessing marijuana also keeps increasing. This has led to an endless debate between proponents and opponents of legalizing weed, with each side listing their reasons for choosing their stand.

For this reason, one has to wonder, “are there legitimate reasons to legalize weed?” Do the pros outweigh the cons, or will legalizing weed create more problems than solutions? In this article, we highlight five reasons why legalizing weed makes sense.

Legalizing marijuana is projected to increase to up to 1.1 million in job opportunities if it’s done immediately and experiences steady growth. We’d see immediate demand from jobs that put individuals in direct contact with the plant, such as farmers, distributors, processors, and retailers.

Indirect job opportunities would also pop up. For instance, software developers, lending, and consultancy businesses in the cannabis industry would be in demand. Not to mention, we’d see an increase in online stores like Get Kush Weed Online as more and more brands take advantage of the booming cannabis industry.

2.  Billions of Dollars Will Be Saved In Law Enforcement

Legalizing weed would see billions of dollars entering the system and save a lot of money going out. A 2013 report by the American Civil Liberties Union revealed that marijuana law enforcement costs about $3.6 billion every year. If weed were made legal, these costs would be eliminated and channeled towards other more productive ventures.

What’s more, removing weed from the list of controlled substances would reduce the number of court cases that go to trial.  A reduced number of cases means fewer incarcerations, which equates to a lot of saved money.

3.  Prohibition is Bad for the Environment

Marijuana prohibition encourages illicit growers to set up toxic grow sites deep in the protected areas with little regard to the natural environment. The impact of their practices affects the environment in numerous ways, such as:

Legalizing marijuana would also lead to a commoditization of dried cannabis in the long run. As a result, weed prices would eventually go down. While this wouldn’t be good news for investors in the cannabis industry, the federal government, or the taxman, it would greatly benefit medical patients.

Individuals who rely on cannabidiol, cannabis products, and pot for pain relief and symptom management would find it easier to access their supplements because the prices would be significantly lower.

5.  Marijuana is Safer Than Alcohol

Researchers are constantly advocating for the legalization of marijuana for one reason — it’s safer and less likely to cause severe medical problems compared to alcohol and other illicit drugs.

Every year The U.S. Centers for Disease Control and Prevention reports over 30,000 alcohol-based deaths and more than 2,000 deaths from acute overdose. There are zero reports of marijuana-induced deaths, and there has never been a report of dying from a weed overdose in history.

For this reason, marijuana doesn’t seem to be as harmful as other drugs. If anything, scientific studies show that it has numerous health benefits. CBD, for instance, has a plethora of health benefits when used recreationally and for medicinal purposes. Therefore, the benefits outweigh the cons.

There has been a significant change in public opinion concerning the legalization of marijuana. The majority of people believe weed should be legalized because it offers more benefits than disadvantages. As you can see, legalizing marijuana not only stands to increase employment opportunities but also impacts the environment, and people’s overall well-being, among other things. However, it’s still a long way before weed is fully legalized. Nonetheless, there seems to be a light at the end of the tunnel because more and more states are joining the movement.

One thought on “5 Reasons To Legalize Weed”